Bastian Balthasar Bux, the protagonist of the story, is a fat twelve-year old who one day stumbles into an antique bookstore to escape some bullies on his way to school. There, he discovers the ... Vollständige Rezension lesen

About the first half of this book I though was utterly amazing. It was like something I had never read before and don't think anyone else could do storytelling the way Ende did. The interaction ... Vollständige Rezension lesen 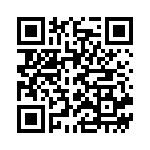