Seite 16
This conflict opened as soon as , on the one hand , religion began to separate itself from humane culture , and , on the other hand , humane culture began to ignore the claims of religion ; with the corresponding growth of Puritanism ...
Seite 65
Comus enters , with a charming - rod in one hand , his glass in the other ; with him ... but otherwise like men and women , their apparel glistering ; they come in making a riotous and unruly noise , with torches in their hands Comus .
Seite 172
... in tones and numbers hit By voice or hand ; and various measured verse , Ćolian charms and Dorian lyric odes , And his who gave them breath , but higher sung , Blind Melesigenes , thence Homer called , Whose poem Phćbus challenged ... 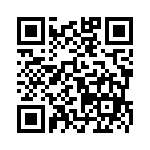