Israel W. Charny is the executive director of the Institute on the Holocaust and Genocide in Jerusalem, Israel. 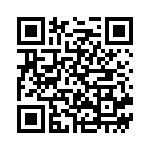