Seite 9
... but we see in his whole manner , that paternal fondness is combating his resentments ; and that he endeavours ... and therefore this performer's manner of playing Lear appears perfectly consistent with the whole meaning of the poet ...
Seite 117
His Cordelia was Mrs. Booth ; she was well suited , by the agreeableness of her person , her voice , and manner of speaking , to several of the soft and gentler females , such as Ophelia in Hamlet , and Selima in ( Marlowe's ] Tamerlane ...
Seite 118
The goldbeaters skin , applied to the sockets , as if to staunch the bleeding , abates something perhaps of the hideousness of the spectacle . action , and manner , by the confession even of Cibber , who seems to have hated Powell . 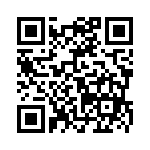