Seite 34
His face was pale , but he looked into the German officer ' s eyes in that dim cellar
as if he were demanding justice . Or perhaps , at that moment , my father had
experienced a vision of heaven before death . He knew that deceiving a German
...
Seite 41
looked suspicious to them . We figured most of the soldiers would be at ...
students were pushed into the other one . “ Hey , Reuben , " I whispered ,
pointing to the group who were made up of stronger looking men , “ look , there ' s
your father .
Seite 147
Across the large room , one large and one small bed stood , looking slightly out of
place . Zdzisław Szczepanski , the man ... Her face was young , almost pretty , but
she looked tired , as if the years of invasions and German occupation were ... 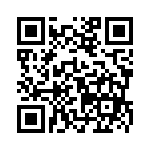