Boorstin opens up history from a Discoverers point of view in a way that James Burke in his "connections" never seems to pull off. While the latter's "connections" are tenuous at best, Boorstine's are solid: they lead to something tangible. I loved it. Vollständige Rezension lesen

At 684 densely printed pages, plus a further sixty for the author's notes and index, this is neither a light nor an easy read - but very well worthwhile. It was not till I'd finished that I read on to ... Vollständige Rezension lesen

A prolific writer, Daniel Boorstin is the author of numerous scholarly and popular works in American Studies. Born in Georgia and raised in Oklahoma, Boorstin received degrees from Harvard and Yale universities and was a Rhodes Scholar at Balliol College, Oxford. A member of the Massachusetts Bar, he has been visiting professor of American History at the Universities of Rome, Puerto Rico, Kyoto, and Geneva. He was the first incumbent of the chair of American History at the Sorbonne and Pitt Professor of American History and Institutions at Cambridge. He taught at the University of Chicago for 25 years. In 1959 Columbia University awarded him its Bancroft Prize for The Americans: The Colonial Experience (1958), the first volume of his trilogy titled The Americans. In 1966 he received the Francis Parkman Award for the second volume, The Americans: The National Experience (1965), and in 1974 he received the Pulitzer Prize for the third volume, The Americans: The Democratic Experience (1973). Many of Boorstin's books have been translated into Chinese, Japanese, and various European languages. In 1969 Boorstin became director of the National Museum of History and Technology of the Smithsonian Institution. In 1973 he became senior historian at the Smithsonian. Boorstin was appointed Librarian of Congress in 1975 and served in that position with distinction for 12 years, becoming Librarian Emeritus in 1987.

Clare Boothe Luce was born on March 10, 1903, in New York City. She was the wife of Henry Luce, publisher of Time, Life, and Fortune. She was twice elected to the House of Representatives from 1943 to 1947 and served as an ambassador to Italy from 1953 to 1956. President Reagan awarded her the Presidential Medal of Freedom in 1983. She was the first female member of Congress to receive this award. Luce began her career in writing with Vogue magazine and later worked her way up to managing editor of Vanity Fair. Luce's 1936 play, The Women, was an instant smash on Broadway. She also authored Europe in the Spring, a non-fiction book. Clare Boothe Luce died of brain cancer on October 9, 1987, at age 84, at her Watergate apartment in Washington, D.C. She is buried at Mepkin Abbey, South Carolina, a plantation that she and Henry Luce had once owned and given to a community of Trappist monks. 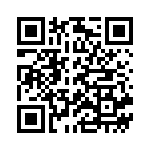