Charles Platt (1945- )
Charles Platt was a science-fiction writer, editor, journalist, critic, and graphic designer from the 1960s through to the 1990s. He created a unique look for New Worlds magazine at the same time that it was publishing his stories, including the grimly predictive "Lone Zone" and the comedic "Garbage World." After emigrating to the United States in 1970, Platt was a science-fiction editor for three American publishers and founded The Patchin Review, a notoriously polemical lit-crit quarterly.

Platt's fiction has ranged from humorous novels, such as Less Than Human and Free Zone, to a meticulously researched techno-thriller, The Silicon Man, which was nominated for a Campbell award. His columns appeared in Interzone, Science Fiction Eye, and Fantasy and Science Fiction before he moved into tech journalism as a senior writer at Wired magazine. His science fiction remains a memorably unusual mix of humor, suspense, prediction, and social comment. 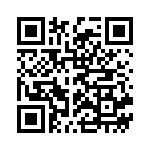