Seite 147
The hosts of Isengard roared , swaying this way and that , turning from fear to fear
. Again the horn sounded from the tower . Down through the breach of the Dike
charged the king's company . Down from the hills leaped Erkenbrand , lord of ...
Seite 253
They were very small to look at , yet he knew , somehow , that they were huge ,
with a vast stretch of pinion , flying at a great height . He covered his eyes and
bent forward , cowering . The same warning fear was on him as he had felt in the
...
Seite 280
But fear no more ! I would not take this thing , if it lay by the highway . Not were
Minas Tirith falling in ruin and I alone could save her , so , using the weapon of
the Dark Lord for her good and my glory . No , I do not wish for such triumphs ,
Frodo ... 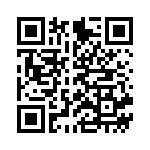