The first in its class, this dictionary offers a comprehensive overview of the field of genocide studies. In over 600 entries, the dictionary provides information on the definition, theories, history ... Читать весь отзыв

Samuel Totten is a genocide scholar based at the University of Arkansas, Fayetteville. He is also a Member of the Council of the Institute on the Holocaust and Genocide (Jerusalem, Israel).In 2005, Totten was named one of the inaugural chief co-editors of Genocide Studies and Prevention: An International Journal, which is the official journal of the International Association of Genocide Scholars (IAGS). Among the books Totten's edited/co-edited on genocide are: First-Person Accounts of Genocidal Acts Committed in the Twentieth Century (Greenwood, 1991). In July and August of 2004, Totten served as one of 24 investigators on the U.S. State Department's Darfur Atrocities Documentation Project. Most recently, Totten has conducted research in Rwanda on various aspects of the Rwandan genocide.

Paul R. Bartrop is an Honorary Research Fellow in the Faculty of Arts at Deakin University, Melbourne, Victoria, Australia, and Head of the Department of History at Bialik College, Melbourne, teaching History, International Studies, and Comparative Genocide Studies courses. He has previously been a Scholar-in-Residence at the Martin-Springer Institute for Teaching the Holocaust, Tolerance and Humanitarian Values at Northern Arizona University, and a Visiting Professor at Virginia Commonwealth University. 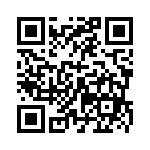