Seite 134
Gradually a long stride should be developed . A semi - extended trot , may be
practiced later as a gymnastic , with some horses . It is a tiring movement and
even a simple long - striding trot should be used very discreetly . THE SPEEDS
OF ...
Seite 157
in a hunter or a jumper the habit of moving with efficient , long , flat strides — that
is , with strides that cover ground without wasting expenditures of energy merely
for showiness . Ideally , it is possible to school a horse so that he will , at the wish
...
Seite 195
stride or two away from the jump led to disaster ; the horse unbalanced by the
sudden release , refused , or worse , catapulted ... However , if the run - out is
attempted in the last few strides , a quick action of the left direct rein , and of the
left leg ...

Review: Common Sense Horsemanship: A Distinct Method of Riding and Schooling Horses and of Learning to Ride, 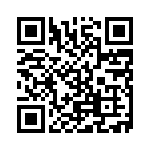