A group of essays on the "distinct, if overlapping, theatrical worlds created in the first half of the twentieth century by the British playwrights Somerset Maugham, Noël Coward and Terence Rattigan ... Vollständige Rezension lesen 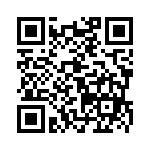