Thom Fruehwirth is a Professor of Computer Science at the University of Ulm, Germany. He is the designer of the declarative programming language Constraint Handling Rules (CHR) and the main author of two books on constraint logic programming and reasoning. 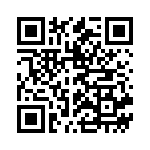