Seite 98
This multiple - use device , originally designed for the Army Special Services program in Europe , has been used for recreation , athletics , service - club , photo , crafts , and entertainment exhibits . Here's a flexible and ingenious ...
Seite 167
Final design The carts are strongly constructed of two - by - fours , car- for the trek carts , as used , were created by Jacob Lobenberg , riage bolts ... The latter is designed to permit a team of two campers to pull or push .
Seite 430
A twenty - page catalogue , which describes amplifiers and systems for industrial application was designed as a ... It shows how to evaluate amplifiers and how to design and use a commercial sound system , points out the pitfalls of ... 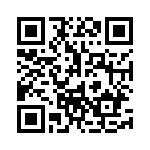