Seite 27
Hippisley appears to be the first to attempt a regular account of the history of Chaucer criticism , thus making a new , articulated use of the comments on Chaucer that editors had gathered in their volumes from Speght in 1598 onwards .
Seite 28
Hippisley's criticism therefore , substantial as it is , offers a convenient place for a pause in the story of the criticism of Chaucer's work . He gathers up much previous comment , and points forward to much more which , though ...
Seite 29
14 The Study of Poetry , ' Essays in Criticism ' , Second Series , 1888 ; The Function of Criticism at the Present Time , ' Essays in Criticism ' , First Series , 1865 . 15 For some further discussion see Derek Brewer , " Towards a ... 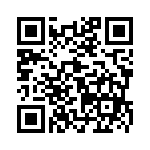