Seite 367
However , he objected again , why their Father should forbid them to wear a Broom - stick on their Coats ... And in short , their Father's Authority being now considerably sunk , this Expedient was allowed to serve as a lawful ...
Seite 765
My father was a wealthy merchant , who traded between the inland countries of Africk and the ports of the red sea . He was honest , frugal and diligent , but of mean sentiments , and narrow comprehension : he desired only to be rich ...
Seite 877
When a Russian young lady , therefore , is to be married , her father , with a cudgel in his hand , asks the bridegroom , whether he chuses this virgin for his bride ? to which the other replies in the affirmative . 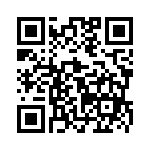