Seite
... the French Republic , the Federal Republic of Germany , the Italian Republic , the Grand - Duchy of Luxembourg ... ( ) to which the Federal Republic of Germany and Italy acceded by the Protocol signed in Paris on December 10th 1956 ...
Seite 11
France will no longer have administering responsibilities after Togoland becomes independent in April , and Italy after Somalia becomes independent in July ; France is assured of a permanent seat on the Trusteeship Council because she ...
Seite 31
... Norway and the Soviet bloc ) to 26 votes against ( including 15 Latin Americans , Belgium , France , Italy , Luxembourg , Netherlands , Portugal , South Africa , United Kingdom and United States ) , with 10 abstentions . 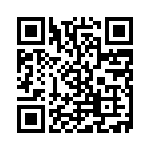