Wheeler M. “Bo” Sears, Jr.'s entire working career has been involved with oil, gas, and helium exploration. The former Vice-President of Inter-American Corporation and now President of Weil Helium, LLC, Bo has spent the past ten years devoted to helium exploration centering on deposits across the mid-continent region of North America. Weil Helium is one of the only companies in the world involved in helium “exploration” as a primary pursuit; traditionally, helium has been produced as a secondary or tertiary bi-product of natural gas production. On July 11, 2013, Wheeler testified before the United States House of Representatives Committee on Natural Resources on the topic of “America’s Helium Supply: Options for Producing more Helium from Federal Lands.” 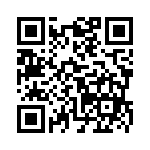