Seite 42
Have you thought of that, John Jacob Smith? JAKE For that, twenty dollars.
BEGBICK Thirty, sir. We don't bargain. Thirty. JAKE Out of the question. JIM Well,
maybe I'll take her. You, what's your name? JENNY Jenny Jones. Havana, Cuba.
Seite 43
JENNY Jenny Jones. Havana, Cuba.* I've been hereabouts for seven weeks now
. I was down there in the larger cities. I'm game for all things that I am asked to do.
+ I know you Jimmies, Jimmies, Jimmies from Alaska well: You have it worse in ...
Seite 92
That, barely off the boat, you did with forethought Seduce here a girl, by name
Jenny Jones, And made her do what you would By means of your money. FATTY
Who's the injured party here? JENNY (coming forward) Me. I am. A murmur
among ... 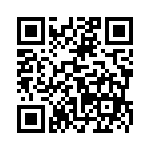