Dr Suzannah Lipscomb is an historian, author, broadcaster and award-winning academic. Suzannah holds a BA (Hons) First in History and M.St. in Historical Research from Lincoln College, Oxford, and a D.Phil. in History from Balliol College, Oxford. Following posts as Research Curator at Hampton Court Palace, Lecturer in Early Modern History at the University of East Anglia, Senior Lecturer in Early Modern History and Fellow of the New College of the Humanities, London (NCH) and, additionally, Head of the Faculty of History from 2011-2016, she is now Reader in Early Modern History at the University of Roehampton,a Fellow of the Royal Historical Society and Govenor of Epsom College (where she was educated). Suzannah has presented historical documentaries on BBC4, ITV, Channel 5 and National Geographic Channel, and writes a regular column for History Today. Suzannah is the author of six books. Notably, the pioneering Lion book, 1536: The Year that Changed Henry VIII. Suzannah is an award-winning academic, and has recieved the following awards: AHRC Humanities in the Creative Economy Award 2011, Museums Heritage Award for Excellence 2012, and the Nancy Roelker Prize 2012. Suzannah is an award-winning podcast presenter, and has recieved the Silver Award or Best Branded Content at the British Podcast Awards 2018 for -Irreplaceable: A History of England in 100 Places- with Historic England. She is also an accomplished public speaker, and has given many keynote and invited public lectures all over the world, from the USA to Singapore. She also speaks regularly at literary festivals, and at universities and schools. In 2016, she founded History Masterclass with Dr Sam Willis to create intimate, interactive opportunities for the public to learn about history from leading historians. 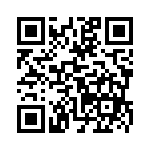