Seite 175
40 OTHER EXAMPLES The Springfield , Massachusetts , Republican , a paper with a reputation for integrity and editorial power , published a letter which it had received from the Boston Elevated Railroad Company over the signature of J.
Seite 256
These were later expanded into a small book entitled Pastors , Politicians , Pacifists and published by The Constructive Educational Publishing Company — not incorporated and consisting only of the two authors.21 Other publications ...
Seite 346
8 Published by the Gospel Union Publishing Company , 1841 East 7 Street , Kansas City , Missouri . In reply to a letter inquiring about sources and authori . ties , the publishers say , under date of May 9 , 1931 , “ This tract was ... 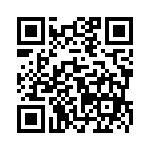