Seite 75
In general , the proof for this sound in Greek is not as decisive as it is in Latin , if only because they does not betray its ... but whose sound is common to the Greeks and the Latins , as in aggulus , aggēns , agguīla , iggerunt .
Seite 127
The little that they know they learn , if they belong to the privileged class , through their cook or their physician , and both happened to be mostly of Greek parentage in ancient Rome . Thus ficātum - sýcötum , as a term of gastronomy ...
Seite 129
13 As to the circumstance that a Latin word retreating before Greek intruders should have entrenched itself , if only indirectly , precisely in the West of the Iberian peninsula , this should bring home to us a fact not yet sufficiently ... 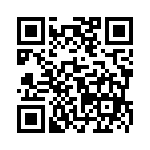