Seite 320
GLT entries beginning with ba- are : back formation , back sound , back vowel , base , base pound , base form , base of comparison , base of inflection , basic alternant , basic language , basis of articulation .
Seite 324
At base , the reader is cross - referred to thematic suffix , but the entry form is thematic morpheme . He is also referred to grades but is given a run for his money . Grade is crossreferred to normal grade , which is glossed ' Said to ...
Seite 512
a underlying base does not end in a consonant but rather contains a final vowel , and that the rule which determines the proper allomorph of the attributive morpheme precedes the vowel - dropping rule . The derivation for / kər - kandi ... 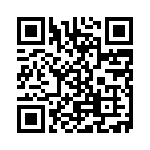