Seite 21
Recall the opening scene in The Story of Babar , where the baby elephant and his mother are resting in the shade of the trees , and the first few lines of the text tell , very simply , all a child wants to know about them .
Seite 136
Certainly , " mother replies as she places a pie in the oven . ... on a little detective game in which the reader will participate , assuming the forms of various animals , challenging his mother to distinguish him from the others .
Seite 141
His mother then bought him , one after the other , a mouse , new shoes , rubber boots , a pair of skis , a Halloween mask , a cello , and finally , an elephant , which was “ not just a small one — a heavy , gray , tall one . 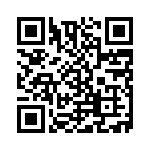