Ian Almond is Associate Professor at Georgia State University and author of Sufism and Deconstruction and The New Orientalists. 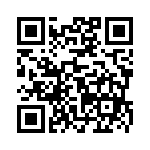