Seite 208
R. LEwTHwaite, C.M.G., O.B.E., D.M., F.R.C.P., Secretary, Colonial Medical
Research Committee. DR. A. B. P. PAGE, Ph.D., Imperial College of Science and
Technology. MR. E. O. PEARSON, M.A., Director, Commonwealth Institute of ...
Seite
After his discussions in the West Indies the Secretary of State announced in the
House of Commons on 6th February, 1962, that the United Kingdom Government
had decided to introduce legislation under which the Federation of The West ...
Seite
In 1931, Mr. Kosiya Labwoni, when giving evidence before a Joint Parliamentary
Commission on closer union in East Africa, complained to the Secretary of State
for the Colonies about the loss of Bunyoro territory. The Secretary of State ... 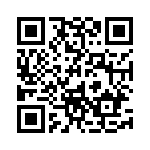