The Medium Is the Massage: An Inventory of EffectsのКИТАРУ МУРАКАМУさんの感想・レビュー

This text consists in a flow of aphorism which connected each phrase to some images. Well, Macluhan is so famous sociologist because he predicts the role of media exactly, especially the emergence of idea of Web. Vollständige Rezension lesen

The Medium Is the Massage: An Inventory of Effects

From the "I can't believe this went out of print" file come two of McLuhan's signature titles. Though a lot of this may seem like freaky rantings from the Sixties (LJ 6/1/67 and LJ 11/1/68, respectively), many of McLuhan's observations on technology, violence, etc., still ring true. Vollständige Rezension lesen

A poetry professor turned media theorist---or media guru, as some in the press called him at the time---Marshall McLuhan startled television watchers during the 1960's with the notion that the medium they were enthralled by was doing more than transmitting messages---it was the message: Its rapid-fire format, mixing programs and advertisements, conveyed as much as---or more than---any single broadcast element. McLuhan grew up in the prairie country of the Canadian West and studied English at the University of Manitoba and Cambridge University. As television entered a period of huge growth during the 1950's, McLuhan, then a college professor, became interested in advertising. He thought of it as something to be taken seriously as a new culture form, beyond its obvious capability of selling products. That interest led to his increasing speculation about what media did to audiences. In his unpredictable modern poetry classes at the University of Toronto, he spoke more and more of media. The students he taught were the television generation, the first to grow up with the medium. Many were fascinated by McLuhan's provocative observations that a medium of communication radically alters the experience being communicated. A society, he said, is shaped more by the style than by the content of its media. Thus, the linear, sequential style of printing established a linear, sequential style of thinking, in which one thing is considered after another in orderly fashion: it shaped a culture in which (objective) reason predominated and experience was isolated, compartmentalized, and repeatable. In contrast, the low-density images of television, composed of a mosaic of light and dark dots, established a style of response in which it is necessary to unconsciously reconfigure the dots immediately in order to derive meaning from them. It has shaped a culture in which (subjective) emotion predominates and experience is holistic and unrepeatable. Since television (and the other electronic media) transcends space and time, the world is becoming a global village---a community in which distance and isolation are overcome. McLuhan was crisp and assured in his pronouncements and impatient with those who failed to grasp their import. McLuhan's most famous saying, "the medium is the message," was explicated in the first chapter of his most successful book, "Understanding Media," published in 1966 and still in print. It sold very well for a rather abstruse book and brought McLuhan widespread attention in intellectual circles. The media industry responded by seeking his advice and enthusiastically disseminating his ideas in magazines and on television. These ideas caused people to perceive their environment, particularly their media environment, in radically new ways. It was an unsettling experience for some, liberating for others. Though McLuhan produced some useful insights, he was given to wild generalizations and flagrant exaggerations. Some thought him a charlatan, and he always felt himself an outcast at the university, at least partly because of his disdain for print culture and opposition to academic conventions. He never seemed quite as energetic after an operation in 1967 to remove a huge brain tumor, but he continued to work and teach until he suffered a stroke in 1979. He died a year later. Though today his writings are not discussed as much by the general public, his thesis is still considered valid and his ideas have become widely accepted.

Quentin Fiore was born in the Bronx, New York on February 12, 1920. He studied at the Art Students League of New York but turned to calligraphy and type design to make ends meet. During World War II, he declared himself a conscientious objector and was assigned to camps in California, Colorado, and New Hampshire, fighting forest fires and rescuing lost or injured skiers. In the 1950s, he turned to general design and became a consultant and designer for corporate clients like the Ford Foundation, Bell Laboratories, and RCA. He spent much of his career doing conventional design work for large corporations and book jackets for university presses. However, he also collaborated on several books including The Medium Is the Massage: An Inventory of Effects and War and Peace in the Global Village with Marshall McLuhan, Do It! with Jerry Rubin, and I Seem to Be a Verb with Buckminster Fuller. He died from complications of bronchitis on April 13, 2019 at the age of 99. 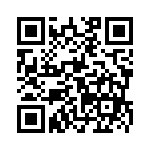