Seite 186
In Oceanside , New York , last year fifty - four boys and girls , from sixteen to eighteen years old , assembled in the Little Theatre to take a written exami- nation for the position of junior play- ground leader .
Seite 270
The game re- quires a great deal of space , and , as basically set up , can accommodate only four people at one time . Tournament play involves complications : varied forms of play , such as singles , doubles , mixed doubles , men's and ...
Seite 340
It originally cost over four thousand dol- lars and is complete in every detail , even to its own sound system , piano , and a 5,000 - watt generator for use where regular power is not available . The wagon is mounted on a four - wheel ... 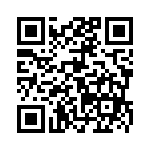