Seite 105
Because if the right's positions , as ideologi- cal , are based on bias not fact , they provide a field or pretext for leftism , which discovers the sham , the reason behind the rightwing ideology , and acts in order to displace it .
Seite 113
State terror occurs , by definition , for no reason , senselessly . The state may claim to direct its attacks at Communists , Jews , Blacks , or sub- versives : at " this or that " cause of dissension . But the regime is terrible ...
Seite 181
What is the possi- ble military , or any other reason for exterminating Caka Diaona , age 2 , for what political advantage ... During the war in Bosnia and Kosovo , many reasons in the official Belgrade press were given for fighting in ... 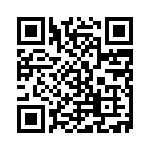