Seite 39
At my rate , riddled with self - doubt as I was , utterly bewildered about my identity
( so much so that I used to joke that I was afraid to look in the mirror for fear that
nobody would look back ) , ignorant of life and unskilled in my craft , still I was ...
Seite 73
Lets look about and find a sheltering place The little things around like you and I
Are hurrying through the grass to shun the shower Here stoops an ash tree –
hark ! the wind gets high But never mind , this ivy for an hour Rain as it may will
keep ...
Seite 131
sd , which was not his name , the darkness surrounds us , what can we do
against it , or else , shall we & why not , buy goddamn big car , drive , he sd , for
christ's sake , look out where yr going . ( Oh , that his followers could use his
shorthand ...

This volume of essays and criticism by Pultizer Prize winner Kizer introduces a new series, "Writing Re: Writing''--a dry name for what will prove, if the first book is any indication, a lively series ... Vollständige Rezension lesen

Carolyn Kizer was born in Spokane, Washington on December 10, 1924. At 17, she had a poem, When You Are Distant, published in The New Yorker. She received a bachelor's degree from Sarah Lawrence College in 1945 and afterward did graduate work in Chinese at Columbia University. In 1959, she helped found the journal Poetry Northwest and served as its editor until 1965. Her first collection of poetry, The Ungrateful Garden, was published in 1961. Her other collections include Knock Upon Silence and Harping On. Her best known work was the five-part cycle Pro Femina. She received the Pulitzer Prize in 1985 for her collection Yin and a Poetry Society of America Frost Medal in 1988. A skilled translator, she translated works from Urdu, Macedonian, Yiddish, and Chinese, including the Tang poet Tu Fu and the a modern woman poet Shu Ting. Kizer died from complications of dementia on October 9, 2014 at the age of 89. 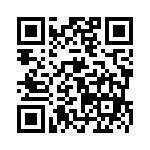