Seite 71
still remains - an element of feminist politics , since the early 1980s there has been an increasing doubt over whether its aim is the discovery of identity . Literary deconstruction of the idea of writing as presence has aided the ...
Seite 72
This language of bodily identification is matched by visual tokens of women's identity : a photo card of elderly women playing pool and another of a pistol - touting May Lillie in chignon , lace , and gauntlets .
Seite 185
“ societies of the information age ” from a general “ network society , ” Castells goes so far as to say that because these “ identity - based social movements ” are relatively autonomous from the institutions of the state , the logic ...

Margaretta Jolly is a director of the Centre for Life History and Life Writing Research and senior lecturer at the University of Sussex, as well as the editor of The Encyclopedia of Life Writing and Dear Laughing Motorbyke: Letters from Women Welders of the Second World War. 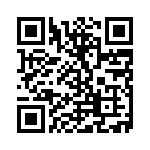