These weren’t the guys you’ve already heard about, setting up on the south coast of England. These units, the 23rd Headquarters Special Troops, began operations across the channel in Normandy and ... Vollständige Rezension lesen

Wonderful book about a fantastic story. Hard to believe the Pentagon kept this classified until 1996. A page turner, if only for the photos, but Beyer and Sales also did a nice job with the narrative. Vollständige Rezension lesen

Historian Rick Beyer is a best-selling author, award-winning filmmaker, and popular speaker. He wrote and directed the acclaimed documentary film The Ghost Army, which premiered on PBS in 2013.

Elizabeth Sayles is the award-winning, best-selling illustrator of more than twenty-five books for children. Her father, William Sayles, was a member of the Ghost Army, and she grew up listening to his war stories. 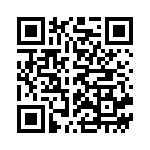