William Makepeace Thackeray was born in Calcutta in 1811, but sent to England at the age of six. He was educated at Charterhouse and at Trinity College, Cambridge. In 1833 he settled in Paris, after a major financial loss, and tried a career as a painter. It was here he met nineteen-year-old Isabella Shawe, upon whom he based many of his virtuous but weak heroines, and whom he married in 1836. A year later they settled in London, where Thackeray turned seriously to journalism.
His writing for periodicals included The Yellowplush Correspondence, which appeared first in Fraser's Magazine and then in 1841 in book form. Around this time personal and domestic pressures caused the already helpless Isabella to subside into a state of complete and permanent mental collapse and the subsequent breakdown of the marriage formed a central part of Thackeray's consciousness. His early work centred around rogues and villains, most famously in The Luck of Barry Lyndon (1844; revised as The Memoirs of Barry Lyndon, Esq. in 1856), and in his masterpiece, Vanity Fair, which appeared in monthly parts in 1847-8 and which most clearly reveals his socially satirical edge. The Book of Snobs, which originally appeared as a series in Punch, also attacks Victorian society with vicious wit. Thackeray's later novels include The History of Pendennis, (1848-50); The History of Henry Esmond, Esq. (1852); The Newcomes (1853-5); The Virginians, (1857-9), which is a sequel to Henry Esmond; and The Adventures of Philip (1860-62). He also wrote a series of lectures, The English Humourists of the Eighteenth Century (1853), and numerous reviews, articles and sketches, usually in the comic vein. From 1860 to 1862 he also edited the Cornhill magazine. Thackeray died suddenly on Christmas Eve, 1863. 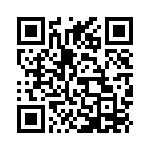