Edward Sapir, an American anthropologist, was one of the founders of both modern linguistics and the field of personality and culture. He wrote poetry, essays, and music, as well as scholarly works. Margaret Mead noted that "it was in the vivid, voluminous correspondence with [Edward Sapir] that [Ruth Benedict's] own poetic interest and capacity matured." In the field of linguistics, Sapir developed phonemic theory---the analysis of the sounds of a language according to the pattern of their distribution---and he analyzed some 10 American Indian languages. In cultural anthropology, he contributed to personality-and-culture studies by insisting that the true locus of culture is in the interactions of specific individuals and in the meanings that the participants abstract from these interactions. 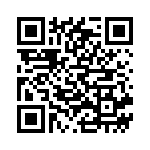