Guobin Yang is an associate professor in the Department of Asian and Middle Eastern Cultures at Barnard College, Columbia University. He is coeditor, with Ching Kwan Lee, of Re-envisioning the Chinese Revolution: The Politics and Poetics of Collective Memories in Reform China. 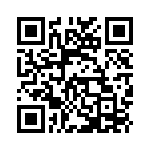