John Milton deserves to be read by everyone - Not only did I enjoy the classic Paradise Lost, but I also found solace in Samson Agonistes and courage in Paradise Regained. The older style of English ... Vollständige Rezension lesen

One of our university lecturers spent a lot of time trying to convince us that “Milton was better than Shakespeare” because he chose his words more carefully for their exact effect and placing, often ... Vollständige Rezension lesen

John Milton was born in London on December 9, 1608, and studied at the University of Cambridge. He originally planned to become a clergyman, but abandoned those ambitions to become a poet. Political in his writings, he served a government post during the time of the Commonwealth. In 1651, he went completely blind but he continued to write, finishing Paradise Lost in 1667, and Paradise Regained in 1671. He died in 1674. 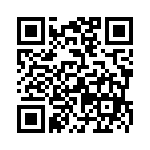