Two points: 1. The book description implied that this was only the essay it's named for, but it is a collection of essays on misogyny, feminism, etc. 2. There's a lot of repetition in this book, which ... Vollständige Rezension lesen

REBECCA SOLNIT is author of, among other books, Wanderlust, A Field Guide to Getting Lost, the NBCC award-winning River of Shadows and A Paradise Built in Hell. A contributing editor to Harper's, she writes regularly for the London Review of Books and the Los Angeles Times. She lives in San Francisco. 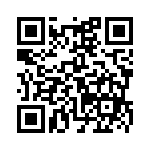