Seite 14
An additional reason the 1835 marriage statement receives little attention despite its status as the present law of the church is that Smith was not present during the 17 August general assembly ...
Seite 135
Woodruff , though not in attendance at the April 1888 General Conference , went so far as to instruct the senior apostle present , Lorenzo Snow , that " if anyone attempted to speak about polygamy to throw his hat at him .
Seite 184
Those present - John Taylor , George Q. Cannon , L. John Nuttall , John W. Woolley , Samuel Bateman , Charles H. Wilkins , Charles Birrell , Daniel R. Bateman , Samuel Seden , George Earl , Julia E. Woolley , Amy Woolley , and Lorin C. 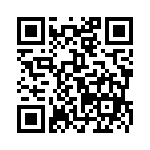