Seite 18
He then decides upon five familiar songs , and writes one title on each of ten pieces of paper , another on each of ten other slips , and so on . ... At the signal , all begin walking about the room , each singing his own given song .
Seite 20
All are given five minutes to list song titles for each of several categories ; for example , foods , seasons , Bible , weather , Sabbath . Then , at the given signal , the leader asks one of the teams to sing a song in the first ...
Seite 95
Rearranging camp songs . - Descants to one - part songs may be written . Harmony may be developed for small portions of songs . Changes in tempo are another form of experimentation . In one case , one line of a song was sung differently ... 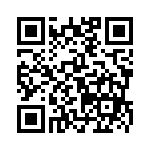