Seite 89
It appeared that a so - called committee of safety , ostensibly the source of the revolt against the constitutional Government of Hawaii , was organized on Saturday , the 14th day of January ; that on Monday , the 16th , the United ...
Seite 95
They met the next morning , Tuesday , the 17th , perfected the plan of temporary government , and fixed upon its principal officers , ten of whom were drawn from the thirteen members of the committee of safety .
Seite 99
She surrendered , not to the Provisional Government , but to the United States . She surrendered , not absolutely and permanently , but temporarily and conditionally until such time as the facts could be considered by the United States ... 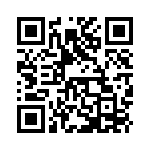