Seite 36
A similar type of analogy is that noted in bilingual districts where the calling to
mind of an idea will lead to associative interference of the words for that idea in
the two languages . Thus the German - American , associating NE . afford with
NHG ...
Seite 42
A number of years ago , however , two Frenchmen , Marcel Schwob and George
Guieysse , in a study on French argot , noted the phenomenon and attempted an
explanation.21 They pointed out that , for example , a word chiquer , ' beat ...
Seite 238
As part and parcel of a semantema , in other words as one of the phonetic
elements which give this semantema its particular sign - value , its own
recognizable face , tone is a fixed element , to be noted down once and for all in
the semantic list ... 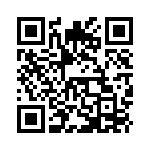