Seite 81
More active games played by Roman youth included “ handball , ” trigon ,
sphaeromachiae , and harpastum . In “ handball , ” the players attempted to hit a
ball with their open hand so that it struck against a wall , then permitted it to
bounce on ...
Seite 177
Vives , like all the verbal realists , advocated a comprehensive educational
program and included many of the physical activities popular in the ancient
classical eras . He favored javelin throwing , ball playing , running , leaping ,
wrestling ...
Seite 414
Other equipment used by the children included blocks , drums , picture books ,
small blackboards , horse reins , skipping ropes , toy brooms , and plenty of seats
. Sewing cards and cut - out figures were very popular . Many of the playgrounds
... 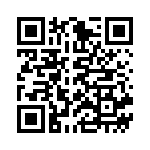