Seite 619
6 9 discussion of a few English affixes . Again , Langacker 1969 , in considering kinship terms like father , grandfather , great - grandfather , ... , mother , grandmother , , daughter , granddaughter , ... etc. argues convincingly ...
Seite 742
In his discussion of glottal stop , S mentions that it occurs in some types of New York City English ( where it replaces the [ t ] in words like bottle ) , and more generally in the exclamation uh - uh ( APA ) meaning ' no ' ...
Seite 818
20 without considerable discussion and further evidence . However , since the source of oblique complements is somewhat tangential to our main concerns in this paper , we will not attempt to provide adequate discussion here . 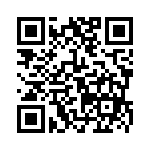