Seite 25
Moreover , there was , for a long time , every reason to trust Jugurtha more than
most barbarian kings : after all , he had fought at Numantia , under Scipio
Aemilianus , 38 and had there met many young men who , by this time , were
middle ...
Seite 26
We have already seen good reason to believe that the Equites — to judge by the
actions of their champion Marius , who retained their support - did not , at any rate
, clamour for annexation . After all , opportunities for banking ( their chief ...
Seite 29
... where war had become inevitable , was not annexed after it ; and Transalpine
Gaul was at last made into a province ( we do not know precisely when and by
whom ) for the old reason that non - annexation had turned out unsatisfactory and
... 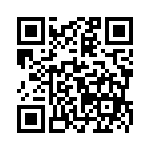