Jorge Camacho Cordón (born 18 November 1966, Zafra) is a writer in Esperanto and Spanish. Camacho became famous for his poems and short stories in the late 1980s, for which he received several prizes in the Belartaj Konkursoj de UEA. In 1992 he won the Grabowski Prize, a prize for young authors writing in Esperanto. 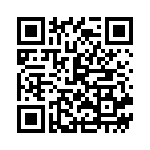