Seite 182
First , he wishes to show that accent ( stress ) is vulnerable to change in language contact situations , and to apply this to a description of the situation in prehistoric Northern Europe . Additionally , he wishes to given an account ...
Seite 183
Latin , of course , later developed a weight - based stress system . S argues extensively for the hypothesis of Northwest Indo - European as a linguistic area . Such a grouping normally includes Germanic , Italic , Celtic , and Balto ...
Seite 184
Dybo 1981 ) to fixed stress , be it initial , final , penultimate , etc. , which may be obscured later , as in the case of German . True , German - through various borrowings - has lost the regularity of Germanic initial stress . 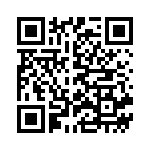