The Oxford Handbook of Chinese Linguistics offers a broad and comprehensive coverage of the entire field from a multi-disciplinary perspective. All chapters are contributed by leading scholars in ... Vollständige Rezension lesen

William Wang founded the Journal of Chinese Linguistics at Berkeley in 1973, and continues to be its editor. He was the Inaugural President of the International Association of Chinese Linguistics, founded in 1992. His writings have appeared in many specialized journals as well as in general publications, including Nature, PNAS, American Scientist, and Scientific American. He has held various appointments in China, India, Italy, Japan, and Sweden. He is the Chair Professor of Language and Cognitive Sciences, Hong Kong Polytechnic University, and Professor of Linguistics Emeritus, University of California, Berkeley. Chaofen Sun is Professor at Stanford University and was Yangtze Scholar at Beijing Language and Culture University. His areas of scholarship are in morphosyntactic changes in the history of Chinese, sociolinguistics and Chinese syntax. He has done extensive research on Chinese historical linguistics, functional linguistics and Chinese language education. 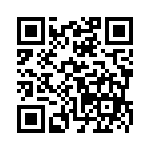