Seite 140
Studies on the accentuation of polysyllabic Latin , Greek , and Romance loan . words in English , with special reference to those ending in -able , -ate , -ator , -ible , -ic , -ical , and -ize . By BROR DANIELSSON .
Seite 146
Following the system suggested in the Outline we would simply give / síy / for the first or normal occurrence in English , and / síy / for the other . Now , Jones uses the symbol A in words like cut , but his description of his ...
Seite 225
That is possible ( as when Mary , merry , marry fell together in some varieties of American English ) , but it is less probable than a compensated disappearance such as will be described presently ; and there is no reason for the ... 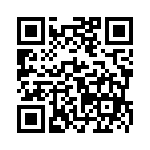