Sanjeev Khagram is Director of the Marc Lindenberg Center for Humanitarian Action, International Development, and Global Citizenship and Associate Professor of International Studies and Public Affairs at the University of Washington. He was Senior Policy Advisor to the World Commission on Dams from 1998 to 2000. He is coeditor of Restructuring World Politics: Transnational Movements, Networks, and Norms. 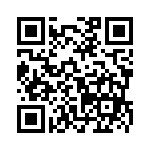