Seite 306
Most of the translations discussed involve the language pair German / French ,
but there are occasionally examples drawn from other European languages as
well . The first problem considered is interlingual and intralingual code mixing at
the ...
Seite 307
To prove this , he analyzes five German translations of Rabelais from 1590 , 1832
-1841 , 1880 , 1921 and 1968. Having categorized the types of wordplay found in
Rabelais ( assonance , pictography , etymology , homonymy and goat rhyme ) ...
Seite 311
Zimmer's work is situated in the flourishing tradition of translation studies in
Germany , and he was acquainted with and quotes from authors as varied as
Albrecht , Koller , Reiß and Wilss , as well as the classic German texts of
Güttinger , Störig ... 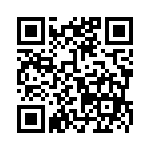