Pieter J. Mosterman is a senior research scientist at MathWorks, where he works on core modeling, simulation, and code generation features of Simulink®. Dr. Mosterman is also an adjunct professor in the School of Computer Science at McGill University. He designed HyBrSim, which was awarded the IMechE Donald Julius Groen Prize in 2003, and the Electronics Laboratory Simulator, which was nominated for The Computerworld Smithsonian Award by Microsoft Corporation in 1994. Dr. Mosterman also received the SCS Distinguished Service Award. He is an editorial advisory board member of SIMULATION: Transactions of the Society for Modeling and Simulation International and an associate editor of the International Journal of Control and Automation, the International Journal of Critical Computer-Based Systems, and Applied Intelligence. 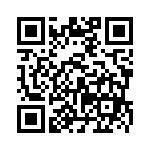